Signal distributor of the GV/GT series – NEW with a modular design, optionally with or without potential isolation 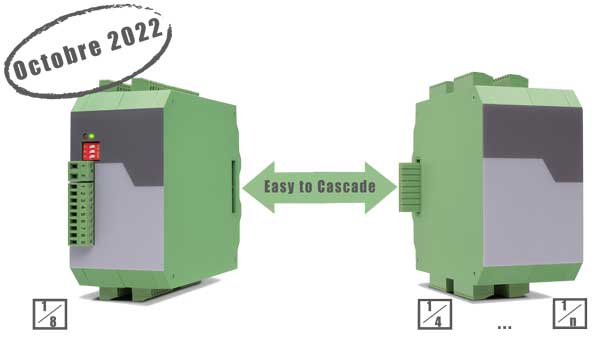 With our innovative plug-in system, the various modules of the GV/GT series can be easily expanded and cascaded. The devices process a very high input frequency of up to 1 MHz. In addition, all outputs are isolated from each other and the respective output levels can be set individually.

The following standard devices are available:

With the standard devices, an input signal of up to 1 MHz can be distributed and forwarded to up to eight subsequent devices. The levels at the outputs can be set individually for each output.

The greatest feature, however, is the modular design of the devices. This makes it possible to connect the various standard devices to one another in a matter of seconds via a bus connector. For example, up to 16 end devices can be connected by combining two GV228. This results in a high degree of flexibility.